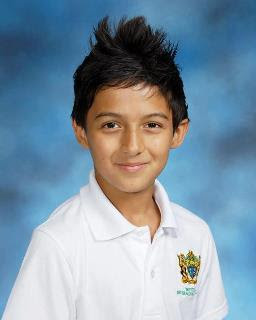 Just got this awful news -the abduction of the student Nayati Shamelin Moodliar, in Mont’Kiara, KL this morning. The auto used was a black Proton Gen 2. The tag number is WNH 1356. (Police have just verified that this is a false number plate). Anyway there were two dark-skinned male occupants seen abducting this kid. Please, if you have any news of this child, or car please call the Malyasian Police at 999, or the school at 0320938604. Please share...we do not want this to happen to any of our kids. We await further confirmation from the authorities.
Posted by Pak Oncu at 12:14 PM 2 comments:

The black bastard from Negeria??? 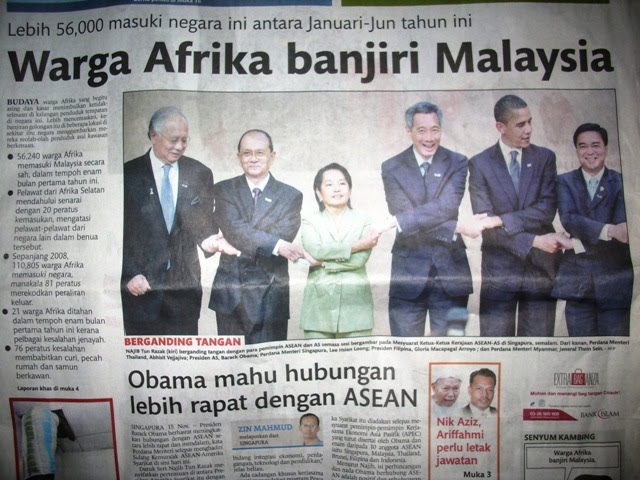 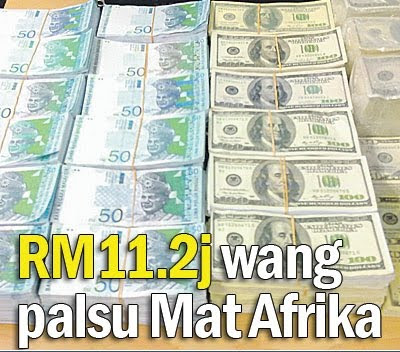 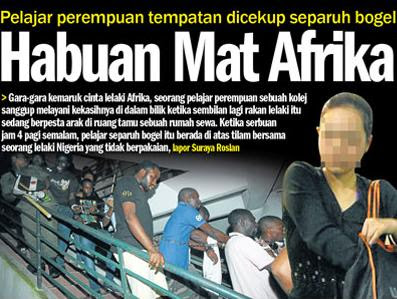 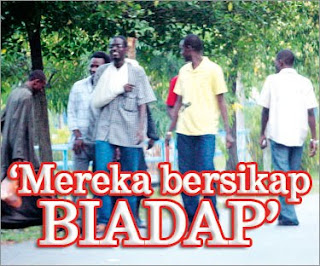 
A political party does not own the government. A political party may legislate but the implementation is carried out by civil servants who are beholden to the constitutional ruler.
We should be able to separate government and political party.
Development is not something unique to Umno. Every party that has power can carry out development.
As such, Umno can’t go around claiming only they can bring on development. The governments in Penang, Kelantan, Selangor, and Kedah also carry out development, indeed the development there has been achieved on more meritorious grounds.
These states have better reserves, operated and achieved surplus budgets and have been able to avoid wasteful spending. Those are sterling qualities of good governments.

Prime Minister Najib Tun Razak recently lectured the people not to repeat their mistake.
What mistake is he talking about? Is he alluding that the people’s decision in the historic elections in 2008 was a mistake?
The only mistake which people are now realising is that Umno and Barisan Nasional have fleeced the country. This is a government that subsidises its falsehoods on mounting debt.
The public debt in relation to our GDP is almost reaching the breaking point.
Yet the country’s incompetent and ignorant leaders are proclaiming it’s all right. And we have not even counted the value of guarantees given by this government to incompetent government-linked companies (GLCs) which, if they default, places all the questionable loans given to questionable people with questionable business proposals, on the shoulders of the people.
Umno has lost legitimacy
Don’t forget RM1.3 trillion of ill-gotten money has been spirited out of the country over a period of 10 years. A small percentage, RM130 billion, of which could have been injected into the national budget to finance development.
Also, we have the RM20 billion a year lost on leakages – an euphemism for corruption. Let us kick out the deceivers.
The fact is Umno has lost its legitimacy. It has forfeited all the powers it inherited since 1957 to accomplish what it set out to do, which was to uplift the Malays.
Why? Because it started on the wrong premise and that premise wasn’t adapted and evolved into the engine to uplift Malays first and then country.
This now, is the overriding fear of Umno because it can no longer defend its legitimacy and therefore its reason to continue to be in power.
The only reason why Umno is coming to its inglorious end is because its myths are no longer sustainable.
Umno has survived on several myths spun and drilled into the Malay subconscious over generations.
It has survived on the myth that Malays and Umno are inextricably linked. The myths we mean include: the fate of Malays rests on the fate of Umno; the fate of Malay rulers is linked to the fate of Umno; and the fate of Islam depends on the fate of Umno.
This is Umno’s trinity of falsehoods which formed the foundation of Umno’s legitimacy with the Malays.
A party that survives on myths and falsehoods and not sustained by principles, can never endure. And so it is that Umno has reached its end.
We can neither hasten nor postpone its demise.

The writer is a former Umno state assemblyman but joined DAP earlier this year. He is a FMT columnist.
Posted by Pak Oncu at 1:00 PM No comments: 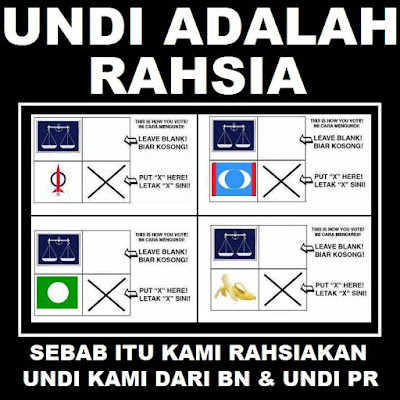 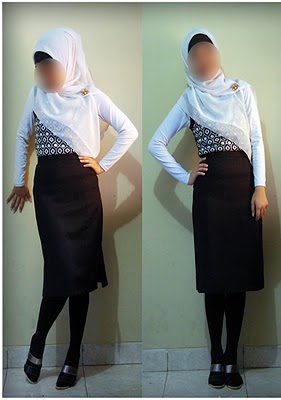 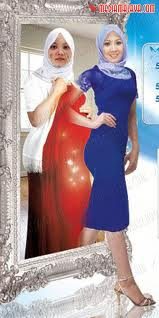 Assalamualaikum,
I'm Tengku Alina Bt Tengku Ismail, i work with Gems Chemical Company in England. I will like to introduce you to this business opportunity. I need your urgent assistance, which will be a benefit to both of us financially. I am contacting you because i don’t want to lose this contract provided by our company because we both going to get a good profit from this business in the coming future. That is why i’m requesting you to be the supplier to our company so that we can both take advantage of this business opportunity in the company now. Currently our company needs a three(3)years constant supplier of a product called SYNCHYSITE ANHYDRITE which is a new scientific chemical fluid substance, it is of lubricant, mainly used in the gemological laboratory for the purification of diamonds clarity treatment, generally what this fluid does is to penetrate deep into diamond and vaporizes out black inclusions in Diamonds and other precious stones. The original supplier of these product is in Malaysia and former supplier of this product to our company has finished his contract and our company is looking for any other person who can be able to supply the SYNCHYSITE ANHYDRITE in large quantity so that to meet the demand of our consumers and merge into partnership with the company presently. The main reason why i’m writing you this mail is to seek your interest for assistance, i just want you to act as an intermediary agent to stand the gap between the sellers of the product (in Malaysia)and the buyers (our company). This is a big business, which will be of good dividends to both of us. I only need your cooperation to make this business successful. I will give you more information about this, if you are willing to stand as the agent to supply our company the product. Firstly, i will like to secure a supply contract deal for you as a supplier to the company where i work. Based on percentage, originally the actual purchasing price of this chemical by the company per carton is about $4,000USD if i convert this to US dollars, while in Malaysia the local selling price is $2,100USD and our company needs not less than 200 cartons of this product now. The reason why i want you to be our agent is to be the link connecting the local seller in Malaysia directly to the buying company then the profit margin will be shared by both of us 50% to you while 50% to me. Your major assistance for me is just for you to discuss to our company director that you can supply the company the product and also go in details in terms of price and mode of payment then we can start from that point. Please get back to me as soon as you receive my mail if you are interested and willing to do business with me so that i can give you the local seller's contact in Malaysia so that you can contact her to ask if she has this product now in stock to supply to you. Before our company will send our purchasing manager down to Malaysia to purchase this product from you directly. Thanks for your co-operation. Am waiting to hear from you soon.