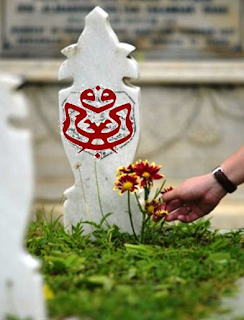 Email ThisBlogThis!Share to TwitterShare to FacebookShare to Pinterest
Labels: lagu

Email ThisBlogThis!Share to TwitterShare to FacebookShare to Pinterest
Labels: haprak

NUMERICAL MIRACLES OF THE QURAN

NUMERICAL MIRACLES OF THE QURAN

It is very important in the 21st Century to educate our Muslim youth about the miracles of the Quran. Among thousands of miracles in the Quran, if he/she really believes that the Quran and these specific miracles could not have come from our Beloved Prophet (PBUH) alone and it was revealed to him by Allah (SWT), then he would have a firm belief that Allah (SWT) does exist. He/she would believe that the Quran is the revelation by Allah (SWT). He will then follow the Quran for success in this life and salvation in the life after death.

In the computer age of the 21st Century, our youth are very impressed by modern technology and the Internet so the numerical miracle of the Quran is most impressive for them. There are a few books that have been written on numerical miracles of the Quran. We can mention a few items and you may review the books for more detail.

Number 19: Sura 74 – The Hidden Secret (Al-Muddath-thir) Ayat 30 to 35. “We appointed 19 angels to be guardians of hell, to disturb the disbelievers to convince the Christians and Jews (that this is a divine scripture) to strengthen the faith of the faithful, to remove all traces of doubt from the hearts of Christians, Jews as well as believers.”

Quran is the Miracle of the Beloved Prophet (PBUH)

4. Bismillah occur 114 times (6 x 19) in Quran, although Sura 9 has no Bismillah and Sura 27 has Bismillah at the beginning and middle.

There are many other examples that you may find in the books written on this subject. If you think all of these mathematical relations are just a coincidence, then you will never become a believer. If you believe that these mathematical relations are not just a coincidence but a miracle of Allah (SWT), then you will be able to follow the Quran and use it as your guidance and you will be successful in this life and in the life after death.

In addition to the Quran’s extraordinary mathematical composition, we find a large number of Quranic facts which are proven or theorized by modern science. Here are a few examples of such advance scientific information:

4. The proportion of oxygen diminishes as we climb towards the sky (6:125).