What is wahhabi doctrine???

The term Wahhabi or Wahhabism is thrown around fairly loosely today.  It usually carries with it a negative connotation and an ultra-conservative, even backwards, tone.  When it comes to labeling them as such, it is important to know exactly what are the historical roots and doctrines held by this group before hastily placing judgment on them.
Those who follow Wahhabi ideology get their doctrines from a man named Muhammad ibn Abdul-Wahhab.  He was born 1703 in the Najd, what is today Saudi Arabia.  He was a scholar of Hanbali jurisprudence (Fiqh) and studied with scholars in Basra.  It was later that he began to formulate his ideas that would become the Wahhabi ideology.
Wahhabi ideology claims that it is bringing Muslims back to the ideal of Tawhid (Oneness of God).They believe that Islam has been corrupted by all kinds of innovation (Bid’ah) and has lost its way.  Their goal thus being, to correct it and bring Muslims back to the right path, as they saw fit.  They saw prayer in any form to anyone other than God as a form of shirk (polytheism).  These would include such actions as saying peace upon the prophet too loudly and the practice of Tawasul (intercession) where one makes supplication to someone, in most cases the prophet (A.S), to pray on their behalf to God.  Even though this tradition has Quranic proofs to justify (Quran 20:109, 34:23, 53:26, 21:28, 43:86, 4:64), it is labeled as a form of Shirk by the Wahhabis.  The overall trend of Wahhabi ideology is to simplify the religion in order to do away with what they see as innovations that had been added on to it.  Anything that came after the third generation after the Prophet (A.S), is considered as an innovation and a tool that leads to polytheism.  Thus Wahhabis considered any Muslim scholars or philosophers after the third generation as innovators and ones who have misguided the Muslim community.

This doctrine was not widely accepted by the Muslim World when it was first formulated by Abdul-Wahhab, and remained in the back-water areas of the Najd.  It was not until the alliance between Abdul-Wahhab and the House of Saud did the doctrine really begin to spread through military conquest.  Their leader, Ibn Saud, had his son married to the daughter of Abdul-Wahhab to cement the alliance.  Saudi forces would then go on to fight for control over the Arabian Peninsula.  This alliance would result in numerous atrocities, human and religious.
A famous example of this was the 1801 sack of Karbala.  Wahhabi forces scaled the cities walls and massacred most of its population during the process of destroying the shrines there dedicated to the prophet’s grandson Hussein.  The structures were razed to the ground and the city looted of its valuables.  This was of course justified by them in their doctrines.  In the pamphlet “History and Doctrines of the Wahhabis” written by the grandson of Abdul-Wahhab, Abdullah, he states clearly that a mushrik (polytheist) is, “guilty of the most heinous form of shirk, his blood shall be shed and his property confiscated.”  The people of Karbala were labeled as such, but they were not the only ones.  For the most part anyone who did not fit their specific criteria placed by them were considered polytheists, these included the people of Kuwait, Jordan, Egypt, Iraq, and all together anyone who did not accept their Wahhabi ideology.
By 1802 Ibn Saud’s forces had captured most of the Hejaz, including the cities of Mecca and Medina.  In these cities similar acts that were committed in Karbala took place, those who refused to accept their beliefs were put to death and numerous historical buildings and shrines were destroyed.  These include the houses and graves of the companions of the prophet (A.S), the house the prophet was born, and many other sites.  According to them this was done in order to keep the people from praying to them and committing an act of shirk. The only historical structure that was left standing was the Prophet’s Mosque.  The Wahhabis had claimed that people were praying to these sights instead of Allah and were committing the most heinous sin by doing so.  Also interesting is what kinds of writings were banned by the Wahhabis.  In the same pamphlet mentioned earlier Abdullah states, “We do not command the destruction of any writings except such as tend to cast people into infidelity to injure their faith, such as those on logic, which have been prohibited by all divines.”  The Wahhabis then deemed which books and writings would be allowed.  The fact that they particularly mentioned books on logic is important to point out.  Their specific banning of these types of books shows that they feared their doctrines would not be able to compete with them and would therefore pose a threat.  Only works that complemented their own were allowed, even books by famous Muslim scholars like Abu Ali Sina, and Ibn Araby were banned.
Their control over the Mecca, Medina, and most the Hejaz was finally broken by an Ottoman army sent from Egypt that defeated the Saudi/Wahhabi forces, causing them to lose many of their land processions they had acquired.  Their place was temporarily taken over by members of the Al-Rashid family.  It was not until a century later that the Saudi family was able to recapture the territories they had lost.  Most of these conquests took place from 1913-1926 CE.  This was accomplished with strong help of the Bedouin tribes that had been indoctrinated with Wahhabi ideology and monetary support from the British government.  The nation today known as Saudi Arabia was therefore formed with Wahhabism as the official state sponsored religion.
It is important for the Muslim community to know and understand the true nature of this group.  Not only are they in control over the Holy cities of Mecca and Medina, but have become highly influential throughout the World due to vast funds from oil revenue.  With this incredible amount of wealth at their disposal their influence has been able to spread globally.  In the past several decades these funds have been used to build mosques, schools, education, and public works in other countries.  Even more influential is the amount of publishing and writing they are able to produce and distribute.  Particularly their publishing of Hadith books, which have had numerous hadith removed from them over the years that they saw as posing a risk to Muslims.  Wahhabis today don’t go by this particular name.  They attempt to label themselves as Salafis, a group that pertains to Islamic jurisprudence mode of thought, in order to conceal the Wahhabi name due to the negative connotation it holds.  One doesn’t have to search very hard on their websites to find works by Muhammad ibn Abdul-Wahhab to see past this ploy.  This ideology claimed to be an Islamic revival but in reality has done nothing but attempt to destroy our history and set an Islamic thought that correlates only to an extremely narrow interpretation, which has caused so much division (fitnah) in the Muslim world and led to far too much bloodshed.
Unfortunately today Saudi Arabia, a state that puts the needs of the Western countries before those of the Muslims, is seen by many Muslims as the “golden standard” from which we are to set our selves by, but if we want to ensure that Islam flourishes we have to change this.  All Muslims must be aware of the beliefs of Muslims of different schools of thought and sects.  Not only to bolster unity and better understanding among one another, but to keep our selves aware of those who attempt to simplify our religion “for our own good”. 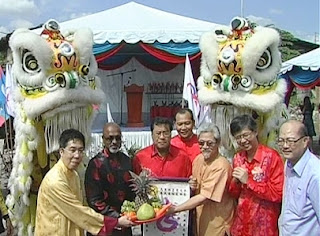